You are here: » Discovery and cruises at the heart of the Mekong delta » Places » Lục Sĩ Thành 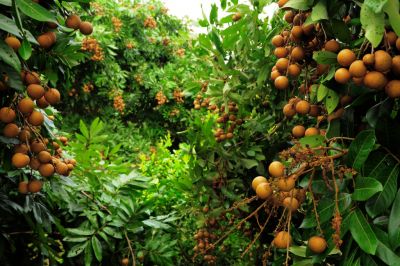 Lục Sĩ Thành is a district in Vĩnh Long province, that spans over part of the Cloudy Islands, Cù Lao Mây, which was named by king Nguyễn Ánh in the XVIIIth Century.

The district was named after the first Việt Minh soldier to die on the island in 1946, at the hands of the French.

The isles are formed by sedimentation at the confluent of Măng Thít river and the Sông Hậu (the Bassac river). They are split by Kênh Xáng, a canal that serves as the main access way to the inhabitants and faces the Nicolai canal, dug in the years 1906-1908 as a shortcut for freighters.

Today, Lục Sĩ Thành is covered in orchards and ponds for fish and shrimps, which all make for nice visits on foot or on a bicycle.